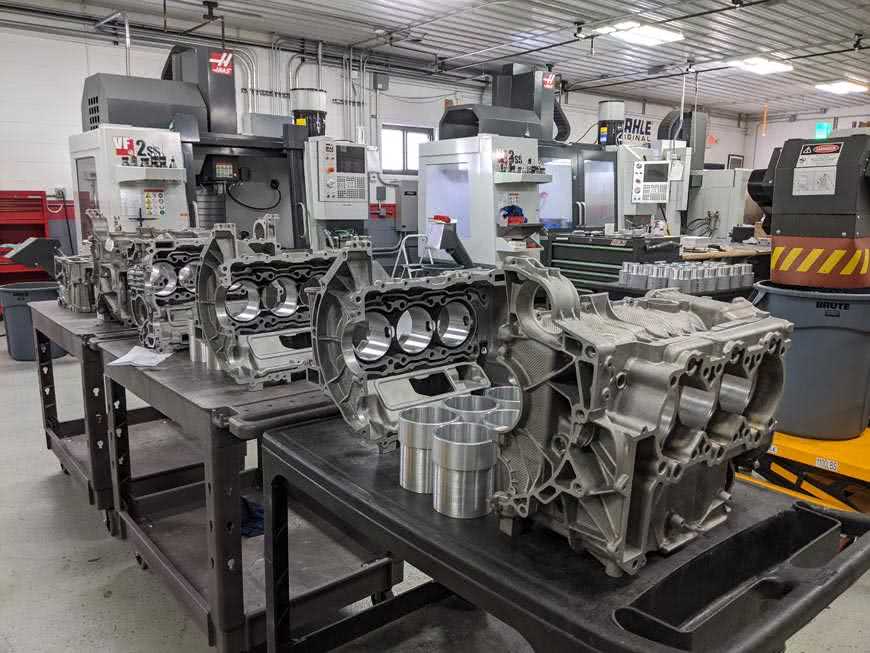 With thousands of Boxster, Cayman, and 911 engines rebuilt using Nickies sleeves since 2008, no one has more experience than LN Engineering solving common cylinder issues like bore scoring, cylinder cracking and d-chunk failures, and slipped sleeves associated with Lokasil and Alusil engine blocks. There are many considerations to make when planning to rebuild a Porsche M96, M97, 9A1, Turbo/GT3/GT2 Mezger, or Cayenne S/Turbo engine including the fact that LN Engineering was the first to offer performance solutions for these modern Porsche engines. This follows the success of LN's Nickies cylinders for aircooled Porsche engines first introduced in 2002. LN Engineering was the first to offer oversizes for the M96 engine up to 4.0 liters and MA1/9A1 to 4.2 liters years before anyone else with proven Nickies sleeves and custom piston sets to reliably rebuild and upgrade these modern Porsche engines. LN Engineering also offers Nickies sleeving as well as Nickies Lite direct NSC-plating of cylinder bores for older 944, 944T, 968 and newer Cayenne, Panamera, and Macan models.

The aircooled Mezger engine is highly regarded as being bulletproof and in stock form, the original Nikasil cylinders often could be reused during a rebuild simply by installing new piston rings. However, modern Porsche engines with Lokasil and Alusil bores don't share this heritage. Sadly, many engine builders re-ring these modern engines after only doing a visual inspection of cylinder bores, rather than measuring the cylinders for ovality, taper, and surface finish. What's worse is that most shops don't have a profilometer or precision measurement devices to measure the bores for ovality and taper, as specified by Porsche. Even if the bores are round and in spec, surface finishes critical for proper ring break-in and longevity may not be. Re-ringing an engine with Lokasil or Alusil bores without properly inspecting and if required, reconditioning the bores, will result in engine failure. What is even worse is that some builders will sleeve single cylinders or one half of the engine, leaving the door open to subsequent engine failures on the other cylinders. We see this time and time again with engines already having been rebuilt once using steel sleeves needing to be overhauled a second time due to a repeated failure. Rebuilding a modern Porsche engine without properly addressing known cylinder issues is a recipe for disaster.

If the bores do happen to be in spec and don't need to be sleeved, there is also the issue of other known modes of failure associated with Lokasil and Alusil engine blocks including, but not limited to d-chunk, cracking, and bore scoring . Nickies NSC (nickel silicon carbide) plated cylinder sleeves address all known cylinder issues with Lokasil and Alusil engine blocks featuring a super hard, durable, and low friction wear surface similar to Nikasil. The NSC plating we use, like Mahle's Nikasil, has provided superior performance for decades that is proven and trusted worldwide.

Certain Porsche engines like the 2.7 engine found in base Boxster and Cayman models don't typically suffer from bore scoring or cracking so they can safely be direct plated as a more economical option to Nickies sleeving. However where direct plating of cylinder bores is not possible, sleeving is required to prevent future failures. However steel sleeves have their limitations, including increased friction, reduced cooling, and shorter service, when compared to LN Engineering's exclusive billet aluminum NSC-plated Nickies. Dissimilar metal corrosion and expansion rates are just two problems with steel sleeves. LN Engineering's Nickies keep steel out of your all-aluminum engine and replace the original aluminum cylinders with a much stronger billet aluminum sleeve with superior nickel silicon carbide plated bore similar to factory Nikasil cylinders found on most Mezger 911 engines. If you have to rebuild your Porsche engine, why use anything less than the best?